The Curse of Mega Projects 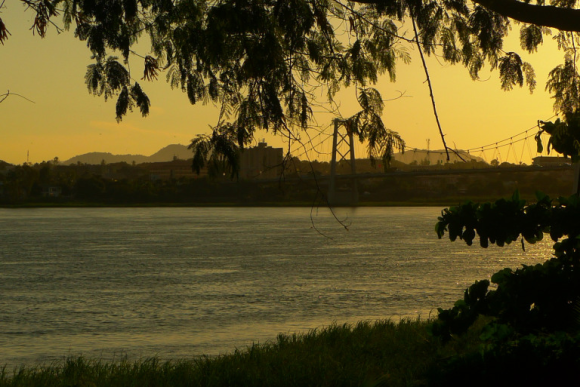 In Mozambique, 2016 was marked by the scandal of illegal debts – EMATUM, MAM and Proindicus – which, one after the other, drastically brought down our currency (Metical) and dramatically increased the cost of living for Mozambicans. As if the political problems and the undeclared state of war we were already living in, were not bad enough, we discovered that the country had been mortgaged off… Thus, we entered 2017 with a lot of concern and very little hope, We were convinced that corruption in Mozambique thrives at the highest level with impunity. We were absolutely skeptical that there would ever be a competent and exhaustive investigation of the country’s mortgaged situation nor holding the culprits accountable.

In the last few years, we have done our best to explain that our greatest concern, our greatest fear for the future, is that our rulers continue to sell off our country – carelessly and without abandon – to Multinational corporations whose mega projects not only do not serve the Mozambican people, but hurt them greatly. They directly injure and impact on the lives of thousands of people who are expropriated from their lands and ways of life, conned and abandoned, or are subjected to living in unhealthy or even inhuman conditions. Indirectly, the sum of the social, environmental and political consequences of the “development” model that these mega projects bring – whether agricultural, mining, hydroelectric, etc. , far exceeds the meager economic benefits that our chronic “lack of bargaining power” guarantees the country.

But this story is not new nor is it only ours. Several publications, from various organizations, are tired of warning and denouncing the numerous problems that foreign mega investments bring to Mozambique. The Centro de Integridade Pública (Public Integrity Center) in Mozambique, for example, is responsible for some of the most pertinent reviews of the negotiations and contracts (the few that are being made public) between these investors and our government. These contracts, weak and often harmful to the State, allied to the State apparatus’ incapacity to enforce our laws, to unjust and inadequate resettlements, and to the ease with which – with the collusion of our rulers – these foreign investors unscrupulously usurp peasant land, make foreign investment in Mozambique a socio-economic calamity.

Like a stubborn child, we seem not to be interested in learning. With the new year, regrettably, new mega contracts have arrived, for the extraction of mineral resources from the north of the country. These contracts have been signed with some of the most infamous polluters on the planet, companies like Shell or ExxonMobil, who have been responsible for environmental disasters of epic proportions, including the disasters in Nigeria and Alaska. These companies are also marred by shameful disinformation campaigns.

Likewise, over the country, the mindless plans to “capitalize” on the country’s hydro potential with an arsenal of hydroelectric plants are still alive and oblivious to reason and science. Keeping in mind that most of the energy expected to be produced will be destined for export and not to supply the homes of millions of Mozambicans who continue to live under the light of a xipefo (lantern in the local language Changana) The science is clear that decentralized and renewable energy systems such as solar and wind energy should be part of a fair, adequate, safe and even cheap energy solution model.

On the Zambezi River alone, our government’s plans :

Expanding the existing Cahora Bassa dam, projected to increase the power capacity by 1,250 megawatts. Estimated to cost about US$700 million.

Mphanda Nkuwa, projected to generate of 1,500 megawatts. Estimated cost of US$4.2 billion.

Lupata, with the potential of 416 megawatts. Estimated cost of S$1.072 billion

Boroma with the potential of 210 megawatts. Estimated cost US$572.5 million.

If all these dams are built on the Zambezi, we have no doubt that this will be the river’s demise, and that of its ecosystems and the thousands of communities whose livelihoods depends on the river. In addition to these 4 projects in the Zambezi, there are also Lúrio and Alto Malema in Nampula, and Pavua, in the Púnguè River in Sofala. Pavua – the most recent addition to the list – appears to be (as yet we know very little about the project) an environmental atrocity of biblical proportions, purely and simply because (according to its Background Information Document) it will be 115 meters high by 950 meters long! (To generate only 120 MW!) 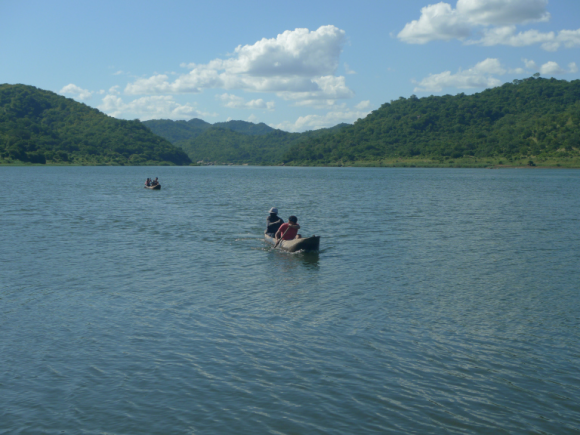 Why so many dams? Are we adequately addressing the potential impacts these could have on our people? Have we thought about the use and management of water taking into account variables such as those expected in the face of climate change? Have we seriously considered the feasibility of other alternatives? We are sure this has not happened.

It seems clear to us that – either because of the greed of those who bargain and benefit from these mega projects, and/or because of the lack of clear guidelines (or willingness to follow them) – the foreign investment trend continues to be to devise profitable “solutions” for the few, instead of providing effective solutions for all, thus perpetuating a modus operandi in which the urgent need is repeatedly used to justify the investments, rather than the investment being requested to fully meet the identified need. We are running out of time to correct the damage we are inflicting on our environment (and therefore on ourselves)… but we could at least stop contributing to the problem.