7 Questions to Anabela Lemos, the Director of Justiça Ambiental 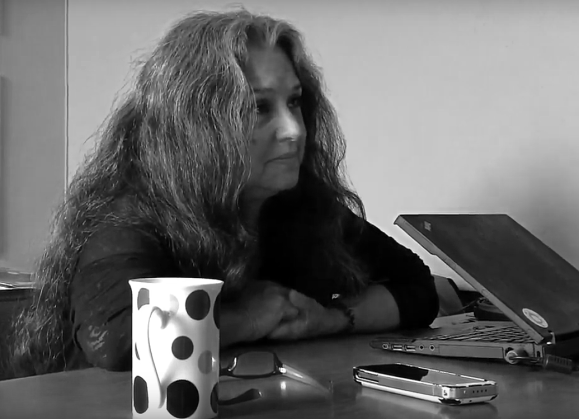 First of all, how was 2018 for Justiça Ambiental? Tell us what were the positive and the negative highlights of your year.

On the negative, I highlight the frustrating development decisions of our government; the shrinking space of civil society; the constant threats we suffer due to the positions we take; the antagonism between some civil society organizations; the government’s posture – who insists in treating as enemies all those who question or disagree with its decisions, instead of treating us as partners with different ideas; the return of the Mphanda Nkuwa dam project; and the capture of our forests by the World Bank; among others.

On the positive, I would like to highlight our Environmental Justice school in Nampula and the Agroforestry school on Mount Mabu, in Zambézia, mainly for the satisfaction of seeing the interest and involvement of all participants. I would also like to highlight the fact that our Tribunals have finally ordered Jindal to relocate the communities that still live inside the mine and decided that Mozal must disclose its environmental plans and emissions – even though, so far, we have not received any information and despite the fact that Mozal has decided to appeal. I would also like to highlight the launch of our short documentary on gas and the progress made by the international campaign of which we are part, whose aim is the elaboration of a treaty to end corporate impunity.
Briefly, I think this year we were able to consolidate our positions, consolidate our campaigns and stand firm in this struggle to secure the future of this planet and a just and sovereign Mozambique for our children, grandchildren, great-grandchildren and all future generations – which, given the adversities we face and the context in which we work, is undoubtedly a victory.

And how was 2018 for the country? What was good and what was bad?

The good: the Bar Association’s decision to defend the rights of communities; anadarko’s illegal DUAT case; the continuation of the ban on the exploitation of Pau-Ferro, Mondzo, Nkula, Inhamarre and Mbuti timber.

What does Justiça Ambiental think of the government’s intention to leverage the national economy with the Rovuma basin’s gas projects (including its intention to use any dividends to pay off the country’s debts)?

A wrong decision – like coal, the plantations of exotic monocultures in detriment of our forests or the illegal debts – among many others. The contracts made with the companies will not result in dividends in the first 30 years, and after that you know what will happen … It is an illusion to believe that the dividends will pay the debt. The environmental and social impacts of gas exploration will be irreversible, and what we lose will be forever: I speak of unique ecosystems that maintain environmental balance. There is no business or money that can pay for that loss.

In social terms, the loss or theft of fishing and peasant communities’ land is synonymous to loss of livelihood and rights of these communities, to an increase of their poverty, to a decrease of their level of education, to an even worse access to health and to an attack on their basic rights.

On the other hand, we continue to focus almost exclusively on extractive industry as a development path rather than diversifying our economy. Like many other African countries and other countries of the so-called Global South, we continue to follow the path of the curse of resources. Shouldn’t we be learning from others and be wiser? If we made the right choices – such as investing in education, health, renewable and decentralized energies, supporting peasant agroecology, decentralizing production processes, conserving our forests and water resources – we could be an example in Africa. But we choose not to. We are not interested in energy, food, economic and political sovereignty.

One of JA’s most recurring criticisms in your opinion articles is the apathy of Mozambican civil society. Do you think this criticism is having any effect? Do you think Mozambicans are “waking up”?

I hope so, because only by questioning our government and its decisions will we be able to live in a free and transparent country, where the “development” decisions are not imposed by a minority, and are totally unrelated to what the Mozambican people really wants. As the old saying goes: “Nothing for us, without us.”

For those who are part of our privileged elite, everything is okay. After all, they are the ones responsible for the current situation in the country.

Below them, our petty bourgeois do everything to maintain their privileges, and as such, could not care less. They do not care about change. Like the three wise monkeys, they do not see, they do not hear and they do not speak. They are not interested in solving any problem or injustice. I do not believe they can stop living in apathy.

About the others, I can say I am well aware that there is too much fear of speaking about certain subjects. Fear that something might happen, or fear that standing for something may simply seem wrong. For me, this fear is simple cowardice. Every citizen should speak up when faced with an injustice, because silence means assent. I think the same about activists who, for fear of reprisals, avoid interviews, or signing petitions, even when they agree with its terms. Giving in to fear only makes things worse.

But the light at the end of the tunnel continues to shine. Today I see many young people more open, more interested in environmental and social problems, more lucid in terms of values. An example of this was the reaction and solidarity of many of them when they heard the news about the arrest of journalist Estacio Valoi and others in Palma.

We cannot be silent when faced by injustices; otherwise we cannot put an end to them.

There are those who theorize that the slowdown of the economy in recent years, also slowed the race to our land. What do you think of this theory and what is the status of cases like ProSavana, Portucel or Green Resources?

The race to our land continues because our land is given away carelessly to foreign investors. Few countries “donate” land like ours: usurping it from their rightful owners – whether by false promises or simply by force. Prosavana illustrates precisely this, for despite the fact that the vast majority of the affected are against the program, the government is unable to act in accordance with the will of the people. The same happens in multiple sites throughout the country, where forest plantations have only brought conflict and more poverty to the peasantry, while our rulers continue to ignore them and give more land to companies that are constantly violating their rights.

Transnational corporations and foreign direct investment are often seen by countries like Mozambique as “economic messiahs.” What is your opinion on this development policy?

An illusion. The transnational corporations do not help any country. What they do is make themselves even richer at the expense of our resources, and along the way help enrich our already too privileged elite even more. And when our resources run out – because oil, gas, coal, and others are not renewable resources – we’re going to be left with an even poorer, polluted country, full of destroyed ecosystems and landless people. Furthermore, during their exploitation, they will constantly violate human rights and our common property and destroy our environment. As long as transnational corporations continue to act with impunity and take profit as a priority rather than the well being of human beings and their common goods, there will be no “development” for Mozambique or any other country.

You are often labelled radical or anti-development. Do you think that your posture can be undermining your relationship with the State and depriving you of a more collaborative and productive relationship with it?

By way of clarification, we are labelled “radicals” purely and simply because we are faithful to what we believe. If we think something is wrong, we do not just stand by and accept it. This is not being radical, it is being ethical. Furthermore, we believe that the positions we take regarding the various issues with which we work are not radical at all; on the contrary, because they are for the life and survival of the planet, our positions should be seen as absolutely consensual. Radical is treating these principles as secondary.

We live in a time of crises, such as the climate crisis, which despite being a scientifically unchallengeable threat to the survival of the planet and future generations, continues to be ignored by most countries – that prefer to continue to engage in false solutions and distractions to the real problem, when the solution to the problem is simple: stop with fossil fuels. And they call us “radicals” …

On the other hand, the first to raise their voices against slavery, racial discrimination or equal rights for women, were also considered radical. Maybe being radical is not that bad. Time will judge us.

In our country, despite our warnings and the worldwide examples that point to the abandonment of fossil energies – which are becoming increasingly more obsolete – as the sensible option to take, after coal now comes gas…

Development? Look at Tete. Look at “everything” that coal brought to Tete. In 2004/5, we, “the anti-development radicals”, gave the warning and few believed. Today, most people are already beginning to grasp the sad impending outcome.

Where is the “development” they spoke so much about?

Worse than that, apparently we have not learned anything, and the gas in Cabo Delgado is the proof of that.

Answering your question, we are aware that our posture bothers a lot of people. And unfortunately, in most cases, it is indeed very difficult to have a collaborative and productive relationship with our government because our differences – for example regarding climate issues, exotic monoculture plantations, and energy resource choices, among many others – are irreconcilable. Our government’s choices in these areas are, in our view, fundamentally wrong and will only aggravate the climate crisis; as such, sitting at the same table to discuss adjustments does not make any sense. Honestly, this saddens us; but in other specific cases we manage to collaborate.

In summary, we cannot say that we are developing, when poverty increases, education worsens and health support is minimal. What is happening in Mozambique is not development, because when a country develops, the lives of its citizens improves, and that is not what is happening.